I headed off on a Saturday, taking the BA flight via Bahamas (where the previous conference had been).  I got from the airport to the Ritz Carlton – quite the most stupendous hotel the conference had been in so far – on the famous Seven Mile Beach in west Grand Cayman.  The Chief Executive of URISA, a most wonderful and generous lady called Wendy Nelson, lived in Ann Arbor in Michigan  – where summer occurred for three days in August and most of the rest of the year was frost, snow and ice.  She travelled the lower 48 year on year and although she loved her job, the two year conference in the Caribbean was her highlight and she ensured she took time off when she travelled down to relax after all her hard work.  So she never liked to have any budget hotels for URISA; it was a resort or nothing.  But even by Caribbean standards the Ritz Carlton was special.  OK most of the delegates like me were in the “garden” suites – that meant facing the swamp on the inside of the estate, but we had access over the road bridge to the ocean side, its pools and gardens and the stretch of white sandy beaches.  And the Caribbean Sea of course, which was as hot as it ever gets.  To lie one of the loungers and be handed a flannel that has just come from the freezer was completely a flagrant waste of energy, a total luxury, a dreadful  excess and totally lovely to feel that cold against your hot sweaty cheeks. 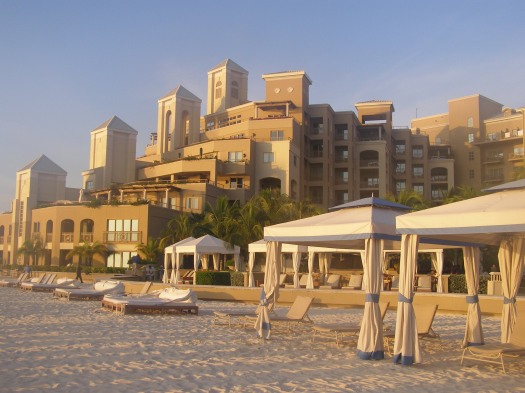 Hot and Steamy at the Ritz Carlton

I met Wendy and her divine colleague, Pat, on the beach that first day and sat having a nice easy catch up with a couple of cocktails.  Indeed the first day of the conference went well.  But people were looking at the weather reports.  Hurricane Gustav was developing out in the eastern Caribbean Sea and the track was heading straight for us.  That year the conditions were ripe for strong storm development.  Just putting a toe in the water at seven mile beach was enough to tell you how much energy was stored up in that sea.