Of course it did not help us that we had the Fisheries Department staff there.  However good they might have been at their jobs or how lovely their personalities might have been as individuals, to most fisherfolk they were the enemy.  They were the authority; the ones that regulated net sizes, stopped fishing all together at certain times of year or in particular places.  They were the ones that taxed them, or turned up as you were trying to earn an honest crust to say the species caught is protected.

Ian (and to a lesser extent Alphart and myself) were the go-betweens.  We understood the reasons why Fisheries Department might impose all these restrictions and enforce them with harsh fines.  Nets with a large size mesh allow juvenile fish to escape and grow and breed; whereas some of the small mesh nets (and we saw mosquito nets often being used) catch all before them and gradually eat away at the breeding population.  Closed seasons are necessary to allow that breeding to take place undisturbed, and closed areas are carefully chosen as the most likely locations for that breeding and habitats for the nursery stock.  Ian had to show these reasons through a combination of science (being seen as the expert), being empathetic with the fishermen (telling them tales of good and bad practice) and nudging compromise that will give the space to allow them to learn for themselves the benefits of good fishery management.  It was a tough line to tread without sounding patronising, authoritarian or a complete waste of space. 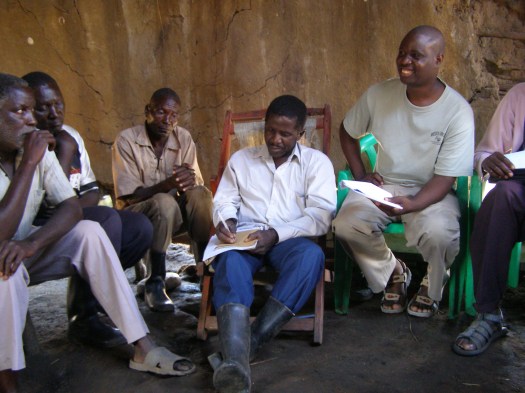 Minutes being taken – Alphart looks on

I did a little participatory mapping with the guys trying to find out key nursery areas, but realised how this was only one of over 100 villages across the swamp and that to have a comprehensive map of this type would be well beyond the scope of the project.  I concentrated instead on where to draw the lines for the Management Area.  To me the natural boundary of the swamp was the ideal area; it was demarcated on maps, was a visible boundary on satellite imagery and out on the ground you could usually see where the vegetation changed and there was a definite step change in elevation.  The only real problem with this was that pouring in to the swamp from every angle were a series of rivers.  For much of the year they did not carry any water and were open rocky scars in amongst the bush, but for a few months during and immediately after the rains, they would drain large areas and gush vigorously; full of silt, detritus and fish.  Fishing became a big activity then on these rivers and obviously impacted heavily on the swamp itself; question was, how far up the river did I draw the line for the Management Area.  I would have to think more about this but most of the people in this village were not the ones to ask – they lived in the permanent swamp. 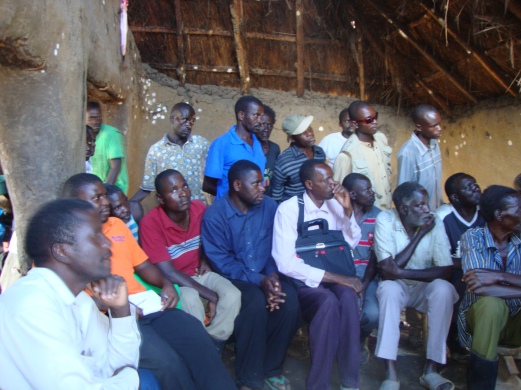