The marine survey was only part of the picture, we had to also work out what was happening on the coast itself.  The only way we felt we could do this effectively was to walk the whole length of the pressure zone coast and document what we saw.  In principle this sounds OK – you have these images of long sandy beaches, the palm trees swaying gently in the breeze.  Like in many island nations the coast are public property so you have the right to walk on any piece of beach but that does not make it easy.  People still build right down to the high water mark and although their properties may open out onto the beach, the boundary wall can be built high and strong and may meet the sea itself.  Walking out into the water is hard work, as is clambering up and over rocks, slushing through muddy sections and crossing rivers, drains or sewers. 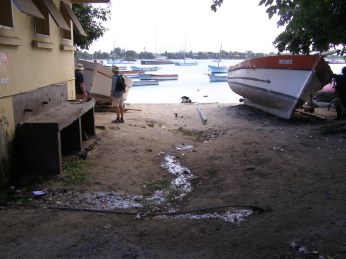 Grand Baie – the most developed coastline 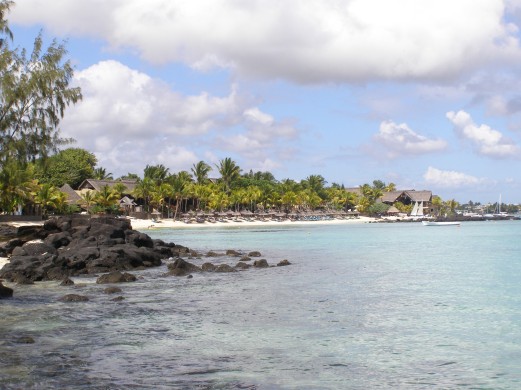 Grand Baie proved the most built up of all the areas we surveyed.  Apart from three small sections of public beach, including the main strip in town dotted with fish market stalls, boats for hire and litter, most of the land behind the coast was built on with resort hotels, yacht clubs, restaurants, bars and residences.  Grand Baie is rare in Mauritius, a touristic town on the coast.  Mostly tourists are whisked from the airport to their exclusive and all inclusive resorts tucked away at the end of gated small lanes or grand avenues.  Here in Grand Baie, although surrounded by resorts,  there were also mixtures of holiday rentals, holiday homes and boutique hotels.  The coastline altered every few metres.  We started at the eastern side of the bay by a large resort.  There were a number of sandy stretches here but often backed by large low bungalows, part of the Pas Geometrique (often pronounced Pay).

The Pas Geometrique is a complex concept in Mauritius.  The idea of reserving the land behind the coast from development is a well practised feature of both Anglophone and Francophone countries around the world, and the modern equivalent of setback is a feature of many an integrated Coastal Zone management strategy.   In one island in the Caribbean, Tobago, there was the Three Chains Act which meant no-one could build up to three chains from the high water mark – in theory to allow the army to build forts and emplacements anywhere they wanted around the island.  In France, the idea of pas géométriques , or “not geometric “was often prefixed with a distance ; in Mauritius this was set to around 80 metres.  In practice there is a well mapped zone around the island which fluctuates between just a few metres to over half a kilometre.  The state own this land and can lease it on a 30 years basis to whoever it wants.  People can build and do activities on this land but are under theoretical threat of eviction at the end of the lease, with the possibility of the constructions being demolished.  Over the last century long strips of the coastline especially in the north and east were given over to high price developments, but with little control of environmental damage or aesthetic considerations (either of the constructions or the impact on the surrounding landscape).  Other sections were handed over to the hotel chains, but long stretches were given over to what was called Public Beach and remain well used and valued open spaces in a very densely populated and farmed island. 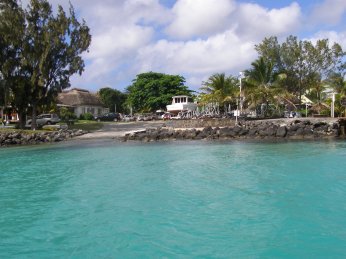 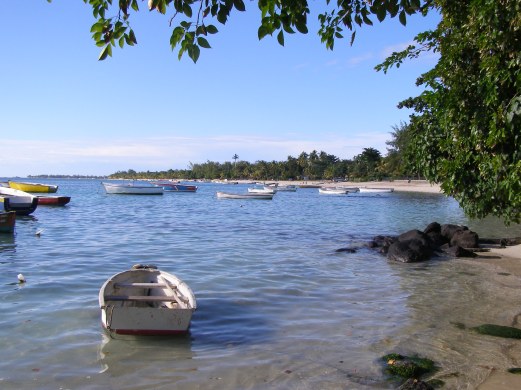 Here in Grand Baie the huge bungalows were set well back from the beach and a sandy grassy lawn  gently undulated down to the beach, with the odd planted palm tree, bougainvillea or salt tolerant shrub here or there, and maybe a hint of entertaining from last night’s barbecue, or bunga bunga party.  You saw how easy it would just be to step onto that lawn and feel part of this relaxed opulent life but the invisible barrier, and gulf between your own life and theirs kept you on the beach.