I’d sometimes potter around this area of St Paul’s.  There were a number of public roads linking the scattered homesteads together.  In amongst the woodlands and pasture lands were a various small open spaces, called plains.  Nowadays they were used as picnic sites and recreation areas for kids to run around in, but I could see they were possible places to corral livestock before bringing them down to Jamestown for the ships. 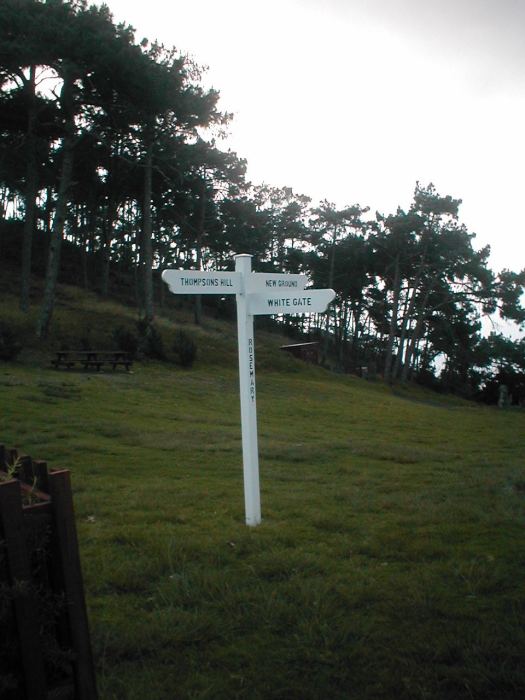 Rosemary Plain – one of the many picnic sites

There was quite a contrast between the north west side of the island and the rest. The monsoon winds blew in from the south east and even at lower altitudes the land was battered by wetter, windier weather than the north west side.  Despite this there were some interesting niches over here.  Rebecca took me early on to one of the best of these called Peak Dale.  Tucked underneath High Peak and reached by a circuitous track was a tract of woodland.  It was the last stand of mature gumwood of any size.  Rebecca and I were chatting extensively about what St Helena needed in terms of GIS and she was teaching me all about the unique flora and fauna but when we reached the gumwood we just stopped and stared.  Rebecca could never get enough of these trees and I soon realised I was in love too. 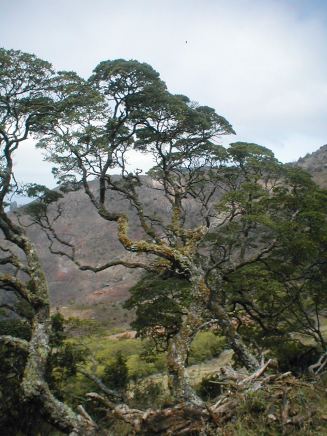 The beauty of a mature gumwood

Peak Dale down to the crown wastelands

The common gumwood is a slow growing tree with dense woody trunks and branches.  Battered by different winds, the branches curl and twist over the years and terminate at a delicate canopy of small leaves.  We were standing on the track in amongst them and they were sparsely scattered across the hillside.  I was enchanted by the delicate arrangement of leaf, bark and trunk set above the most incredible vista which looks down to the wastelands and out to the sea.  Then Rebecca spoilt the idyll.  She pointed out where there were gaps in the canopy and on the ground the desiccated trunks of gumwoods.  This ancient woodland was under stress; they were not regenerating themselves and the old trees were past their best.  So she had been vanguarding an effort to replant gumwoods. They were not doing it here at Peak Dale.  They were working on an area to the east of the island beyond the Green Heartland and right on the edge of the Intermediate Zone.