Although it was nearly dark, I was aware I had entered a new area.  The river separated us from the rest of Sierra Leone.  The language was different, not just the local language of Susu instead of Temne, but the second language was as often French as English.  We were not heading towards an international boundary, we were at a frontier, where the associations and allegiances were blurred and unimportant. 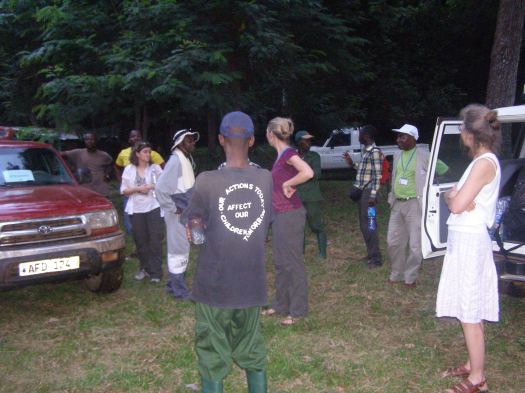 The other change was the forest was thicker, healthier and less often disturbed.  We drove for nearly another hour, then turned off the main road to Guinea and went through even darker thicker woodland.  We passed through one small village but by now the light was so poor we could discern little.  Then we were in true forest and the only way I realised we had arrived was that the track we were driving on was lined by stones.  We came to a stop just as I saw a couple of huts, then a clearing and a fire and about half a dozen men in green overalls; park wardens.

Our home for the next couple of nights was the most fantastic location.  One of the features of this STEWARD area was a large chunk on the Sierra Leone side was nominally in a national park.  Split into two sections, Kilimi in the west and Outamba in the east, they contain some beautiful stands of the remaining forests, the trees had nesting chimpanzees and the rivers were full of hippos.  That was before you got to the wide diversity of birds and insects.

I somehow managed to secure one of the cabins, while others were in tents.  I felt a bit guilty as I settled into the luxurious cabin; one dark room with a large low bed, hard mattress and lots of blankets under a swathe of mosquito netting. 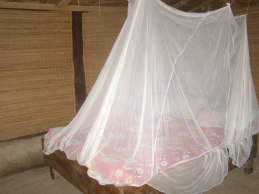 Bed for the night 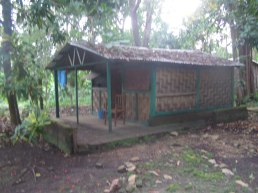