Longwood village sits at the end of a long road out of Jamestown (long by St Helena standards at about 7 miles) and is the gateway to some of the flattest land on the island.  To the north of the village is a large pastureland called Deadwood Plain, the biggest area of grass on the whole island.  Stuck on the edge of this plateau on a windy spot were three wind turbines, which marked St Helena’s first attempt at renewable energy.  In theory there were enough windy spots across the island that it could be self sufficient in this form, instead of from the oil powered generation done from Rupert’s Bay.  The problem was that being so small and so far away from the mainland, if you needed to replace parts or do maintenance, there was a limited amount that could be done quickly.  Bigger jobs took more specialist parts or expertise which could take weeks to deliver. 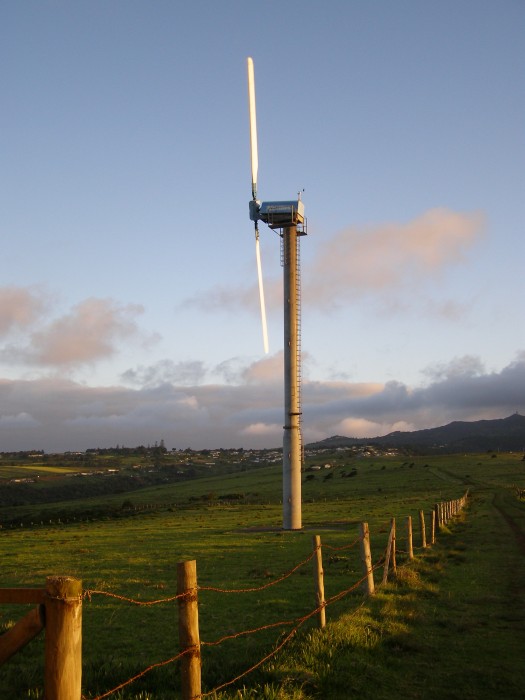 One of the wind turbines

Deadwood was also a location where you had one of the best chances of seeing the only endemic land bird.  The wirebird is a type of lapwing and prefers the open spaces of grassland.  It thus tends to avoids the dense vegetation in the highlands, and hated the stony ground round the coast, so its habitats were quite restricted.  One time I parked the car close to Longwood Gate and walked along a track across the plain towards one of the most iconic hills in St Helena.  Although not very tall in comparison with other peaks, it’s separation from other high ground and conical shape made Flagstaff a distinct peak that was an obvious navigation mark from the sea.  I assume its name derived from a practice of planting the union flag there in case the French ever decided to invade.  Once past the line of houses which sit just below the ridge of Deadwood Plain, I was exposed to the full force of the wind coming up from Rupert’s Valley.  No wonder the turbines had been placed here.  A couple of wirebirds fluttered up from the grass in front of me, but instead of flying to one side they came to rest just ahead of me, and within a few seconds were up in the air again.  Like many lapwings, they have a curious defence mechanism which I saw later on that day on the plain as I was returning.  Instead of flying away, the wirebird would run in an agitated manner, one wing held out from the body as if it were injured.  It would continue to do this for quite some distance before suddenly becoming fit and healthy again and flying back to its original position.  They use this ploy to distract any potential predator away from their nests which, since there are no trees or shrubs, has to be on the ground. 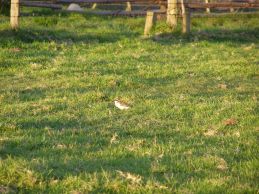 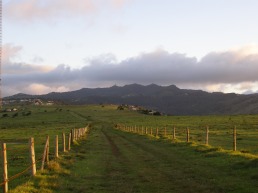